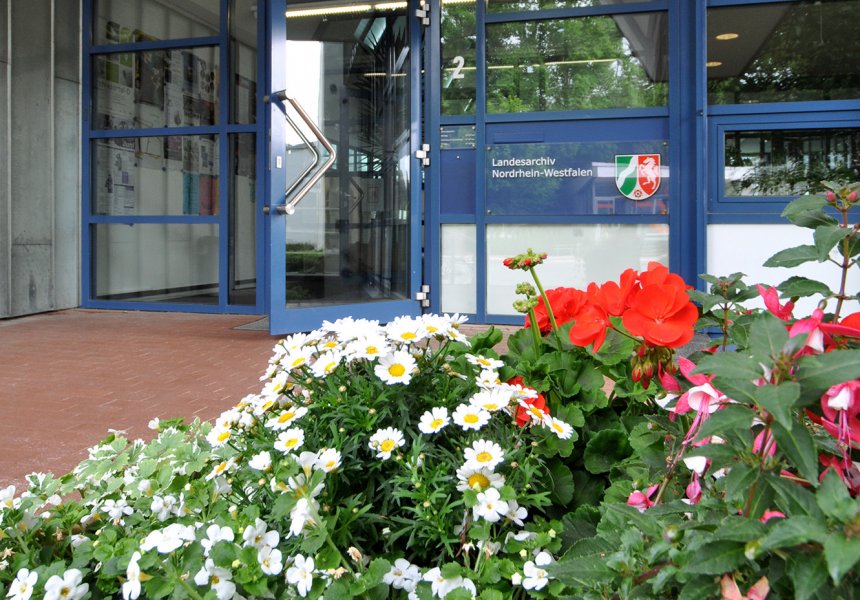 The East Westphalia-Lippe Department in Detmold

The department Ostwestfalen-Lippe of the Landesarchiv Nordrhein-Westfalen is the central point of contact for historical research in the region Ostwestfalen-Lippe and for genealogy throughout Westphalia and Lippe. It has its roots in the former Lippische Landesarchiv, which existed since the Middle Ages. In 1947, the state of Lippe, which had been independent until then, was incorporated into the federal state of North Rhine-Westphalia. This was associated with the formation of the administrative district of Detmold, which resulted from the merger of Lippe with the former Prussian administrative district of Minden. Initially, the archive was responsible for the new government, but in 1955 its powers were extended to all state authorities in the administrative district. In 1957 it became the third state archive in North Rhine-Westphalia - after Düsseldorf and Münster.

In 1963, the State Archives were able to move to a newly constructed purpose-built building and properly store the archive holdings. From 1816, the files of state authorities from the former administrative district of Minden, which had previously been stored in the Staatsarchiv Münster, were transferred to the building. In 1964, the Detmolder Haus became a double archive. By annexing the newly established Personenstandsarchiv Westfalen-Lippe, the State Archives were significantly expanded. Since then, Detmold has been a sought-after meeting place for family researchers.

Today the archive presents itself with a modern service area, exhibitions and events as well as workshops for reprography and restoration. As part of the reorganisation of the archives on 1 January 2004, the State and Civil Status Archives became a department of the newly founded Landesarchiv NRW. In 2008 the department was renamed Ostwestfalen-Lippe. The Detmold City Archive and the District Archive Lippe are also located under the roof of the Detmold location of the NRW State Archive.

The East Westphalia-Lippe Department in Detmold

How to find us

The bus line 707 runs every hour directly to the stop Rosenstraße.

The walk from the station through the city takes about 25 minutes. 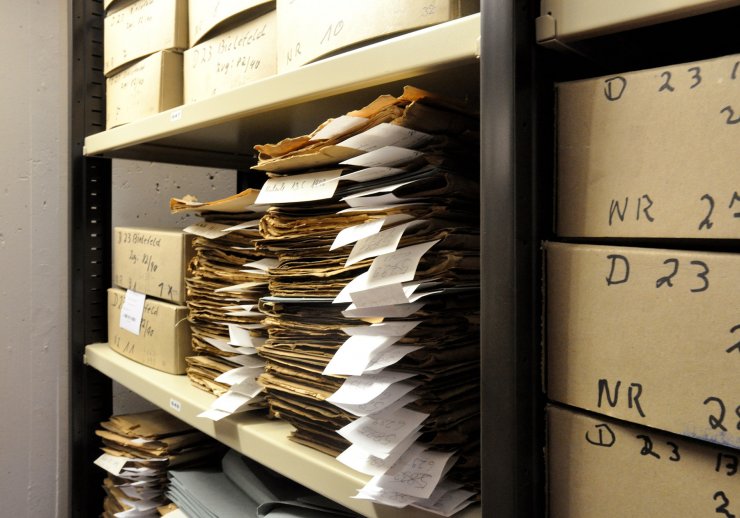